There were non-stop movies in the van. There was much McDonald's on the menu.


We took our first vacation as a family of six (plus Marianne!) last weekend.  I have been trying to convince Jerry that it would be the greatest thing in the world to take our little family to Disney this winter and he's not biting on that one (read - he thinks I'm insane) so I came up with a little mini-vacation instead.  I decided that we would head to Northern MN to see some fall foliage at its finest.

Mind you the weather this fall has been spectacular - warm, breezy, pleasant, idyllic.  I have been obsessively checking the DNR fall color map to see if we would hit the peak and every indication was that we were spot on for timing.  Every indication was also that the weather was going to blow.  I mean be windy.  The National Weather Service unfortunately hit their predictions spot on this time.  On Saturday morning we woke to a steely looking Lake Superior with sheets of cold rain getting blown around.  Not a family to be kowtowed by a little nasty weather (we're Minnesotans afterall!!) we decided to still give it a go. 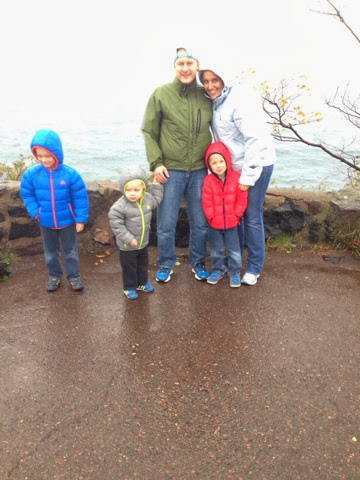 As you can see it was a little chilly and everyone was having a fantastic time.  Also, you can see I like to put everyone in blue shoes.  You could say I see a trend and I kill it.

After approximately 47 seconds and almost losing Stan over the cliff's edge because it was so dang windy we decided to call an audible and end the hiking fun and head to Duluth to the Railroad Museum.  Oh, and for all you concerned people out there Little G isn't in the photo because he's the best photographer in the bunch. 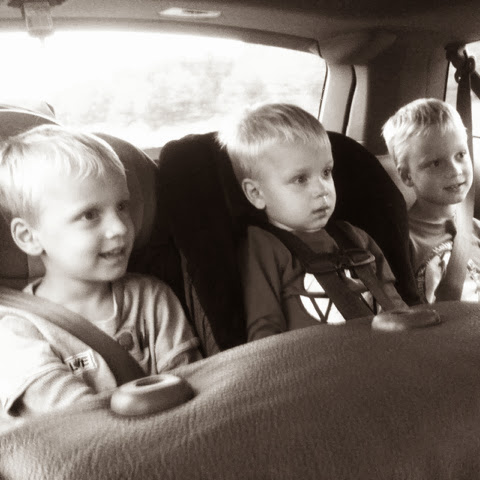 My comatose little automatons watching an anesthetizing DVD we picked as the least annoying to just listen to in the van while we're driving.  Favorites right now are Dave - Scooby Doo anything, but especially the old ones with the Globe Trotters, Frank - How to Train Your Dragon (which he calls "Potty Train Your Dragon"), Stan - Chuggington (which Dave last night called "Boring-ton" ha!). 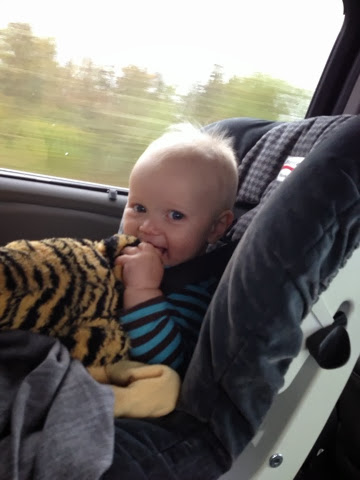 Even facing backward and unable to see the delights of the movie behind him George stays vastly entertained by his mouth open, eyes glazed over, drooling brothers watching from the back. 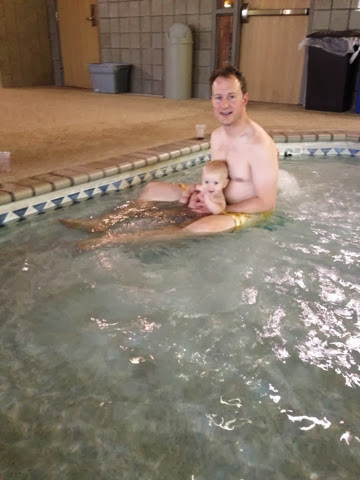 Basking in the fun at the P-O-O-L.  This was the wading pool where we spent the majority of our time.  There was a giant frog slide that the boys enjoyed sliding down while making frog burping noises.  It never got old...for them.  If you look closely there are two empty plastic cups.  They were filled with the key to our sanity and made the pool experience buckets of fun for Jerry and I.  Those bottles of wine and an opener were the best last minute packing idea I have ever had.  We had polished off 1.5 bottles by 5 pm since we started drinking in the afternoon. We were both agreed it was the best buzz ever because it made the bedtime shenanigans more tolerable, we were in bed ourselves by 9 and no headache the next morning.  Rock on crazy parents, rock on.

Since Disney-lite went so well, how much time do you think it will take me to talk Jerry into the real thing?
Posted by Meggie at 7:35 AM