I'm linkin' up with Jen and I'm headin' straight in...


1) Our dog ran away on Tuesday.  Okay, actually I let her outside without her leash or collar and may have encouraged her to take a run for the squirrel in our neighbor's yard.  I kid!!  We were all very sad and worried about sweet, dumb Stella (who practically defines being a dumb blonde) because when I think of her, "street savvy" does not leap to my mind.  Luckily I posted our little runaway to the local humane society lost dog page the next morning and got a call not even two hours later that she had been picked up by animal control the day before.

Now, before anyone gets crazy about us being irresponisble pet owners, yes she is chipped.  I asked the animal control officer about it when I picked Stella up from dog jail (please Lord, may I never have to go to real jail to pick up one of my human charges) and she says, "hmmm, the guy before you says his dog was chipped too and our reader didn't pick it up." Turns out the reader wasn't working and they had to go back and rewand the dogs in Puppy Pokey and start finding some homes for those pooches. 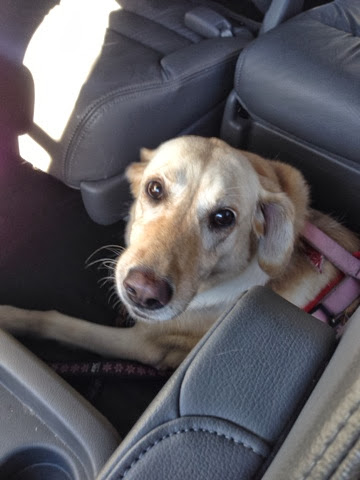 Here she is looking innocent and worn out from her adventures.

2) I was a chaperone on Dave's first kindergarten field trip.  We went to the apple orchard and it was a gorgeous day.  The weather was warm and the orchard was absolutely breath taking with its view to the river valley.  The Kinders each got to pick two apples to bring home and I was bummed that the adults got none and I couldn't convince D to share his with me.  The kids were pretty contained during the educational portion of the trip and then they got to blow off some steam at another orchard down the road with a couple play structures and they got wild.  Lots of climbing hay stacks, scampering over a play train, feeding goats, and running around in general mayhem.  Pretty much what you'd expect with a gathering of 29 kindergartners. 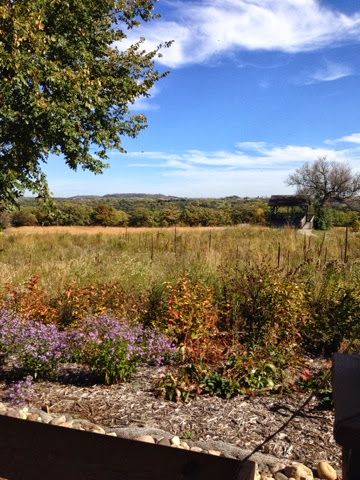 I drove with Dave and two boys from his class and while moms with all girl carpools got an earfull of talk involving boyfriends, ponies, and hair ties, I was privileged to overhear chatter about if it would be cooler if trees were made of spaghetti or pizza, what ninjas would do in an orchard (they'd play hide and seek was the conclusion), and some poopy talk which I tried (in vain) to swiftly rein in.
3) I had one of the best, most romantic date nights ever with my cousins.  We went to Minnihaha Falls and it was running pretty hard from all the rain over the weekend.  Best GF's, pitchers of beer, and fried fish - can't beat a night like that. 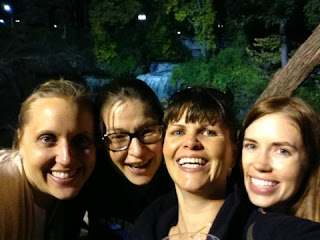 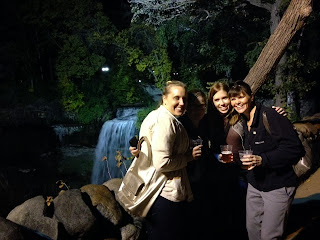 We even called my aunt to try and convince her to go to Mexico with us - luckily she's not a hard sell.  She sent back this photo to show us the wild cra-zay night she and Uncle Fireball were having at home. 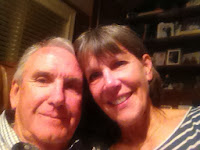 4) Look who's riding in the big boy swing now?? 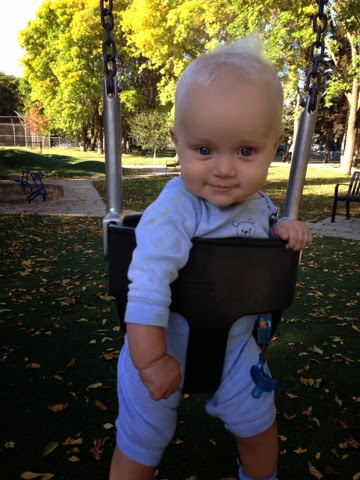 5) Universal groan heard 'round the world!  Guess what I'm talking about - more canning!  This time I attempted tomatoes.  I got a huge box full of red, orange, yellow heirloom varities and while I hated to can such beauties, there was no way we were going to get through all of them before the dreaded rot set in.  This is the first time I've done tomats and I decided to crush them so I could use them for sauce, soup, stew and I screwed it up.  No botulism, but when I took the jars out of the canner the solid tomato was floating on the top and the liquid awas along the bottom. A few quick google searches while I was in the car line waiting to pick up D from school revealed that I had cooked them too long and ruined the pectin integrity or something, but I wasn't going to kill anyone by serving them.  Just give em a shake-a shake-a, and them tomats will be good as gold. 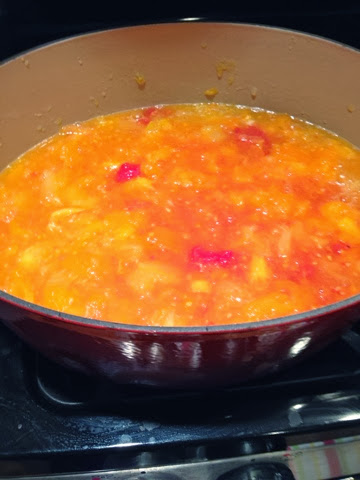 6) I went to the car wash and they found these kids CDs that I checked out in May hidden somewhere in the van.  The find was especially fortuitous because I had just gotten a $38 bill from the library to replace them.  Yay car wash buddies!  That day was a double score because the kids got to shoot cars with soap as they went down the line and I bought them all Twizzlers to keep them somewhat contained while patiently waiting for our clean car to get dried off. Wins all around. 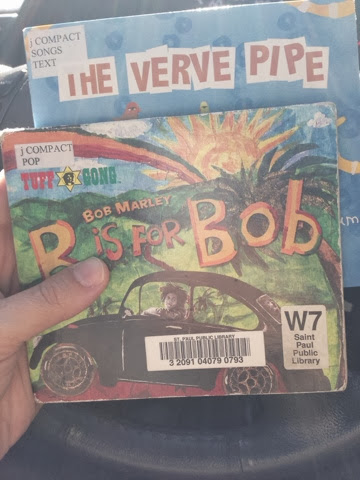 7) Grampie love from the boys. 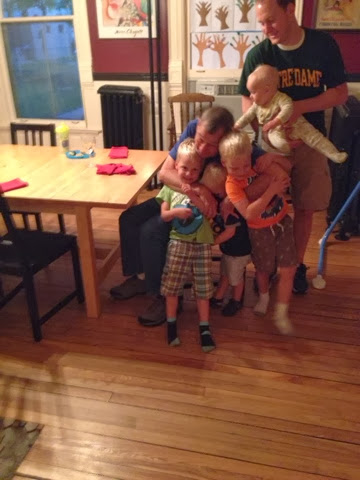 My Mom and I are going as twins for Halloween. 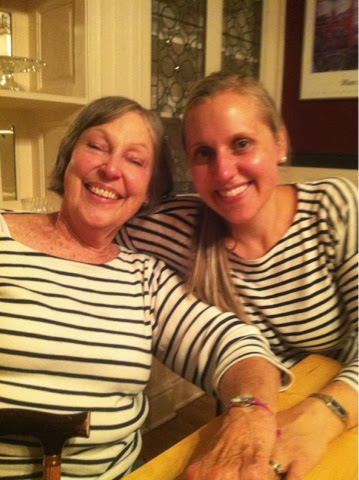 Have a most pleasant weekend!